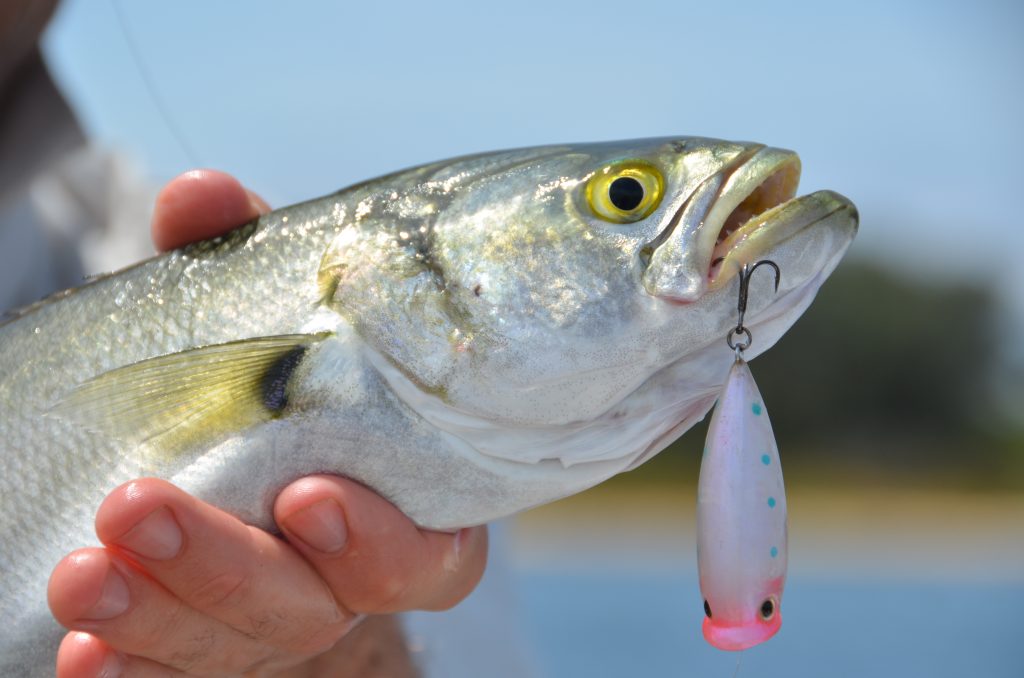 During the 1950s the dutch biologist Niko Tindbergen came up with the idea of supernormal stimuli. What his work showed was that male sticklebacks would preferentially attack a redder wooden stickleback model over real fish. That herring gull chicks would preferentially beg to a redder, more cartoon like beak over a realistic representation. That male butterflies would preferentially mate with cardboard cut outs with brighter more defined markings over real females. That songbirds preferred to sit on artificially large dayglo blue eggs with black polka dots over their own smaller drabber versions. The egg models used were so big the small songbirds would repeatedly slide off. His work pioneered work on the evolutionary stability of parasitism through to work on the desirability of fake breasts and junk food in humans.

While all that work is incredibly interesting, this is a fishing blog and what I want to focus on is how the idea of supernormal stimuli can help us as fishermen. Instinctively if you are a lure or fly fisherman you already understand supernormal stimuli. Many lures and flys already utilise various supernormal stimuli, you’ve probably used hundreds of them already. There is a reason big dirty streamers catch lots of big trout, that spinnerbaits work wonders on Aussie natives, that that the seductive wiggle of diving lures and the “pop” of poppers can drive fish crazy, that artificial baitfish are often flashier than real baitfish, that the eyes on many flies and lures are cartoonishly big, that jerky erratic retrieves often work wonders. All those aspects of lure and fly design (and many retrieves) are using “supernormal stimuli” to tap into the innate inbuilt instincts of the fish you are chasing. As someone who now primarily fly fishes, “match the hatch” is one of the most common dogmas in the sport. Its a good one too, trying to get your fly to resemble what the fish are feeding on seems like a great way of fooling more fish, often it is. Even there though, incorporating subtle “super stimuli” is often used to increase hook up rates, the use of subtle hot spots, rubber legs and bead heads being a prime example, incorporating over the top “natural” characteristics into otherwise natural flys can often increase the chances your fly is eaten. Often flys with “cartoon” like caricatures of certain stimuli can work better than perfect imitations of the real thing, flys like the Royal Wullf are a great example. Of course there are other times where matching the hatch as closely as possible is the only way to tempt a fish, when fish are keyed in on a certain insect or very small baitfish (even here, big eyes, a bigger than natural dash of red, flash can help your chances) and will ignore everything else. Supernormal stimuli won’t solve all your fishing woes, but understanding them and utilising them when appropriate can definitely help you catch more fish at times.

In the end, using and exploiting “super stimuli” is as old as lure and fly fishing itself. No artificial representation of a real food source is likely to ever be “perfect”, what fishermen have understood for hundreds of years is it doesn’t need to be. In fact amping up certain aspects of a lure or fly, “bite triggers” as they are often called can mean that your not so perfect representation of the “real” food source can sometimes be preferentially eaten over the “real” thing. If you have ever cast a lure into a massive bait ball and had your lure smashed within a few turns of the handle you can probably thank supernormal stimuli, by turning up the “bite triggers”, you can get fish to grab your artificial offering over the thousands of real bits of food that surround it. Same goes for using rubber legs, wiggle minnows and big streamers to catch trout you cant seem to tempt with ultra realistic nymphs or dries. By tapping into the instincts of the fish you can catch them by giving them something that taps into their innate instincts but looks nothing like a real source of food they would usually encounter.

So what are some of the potential “bite triggers” or “supernormal stimuli” that can help you “hack” the brains of the fish you are chasing. Obviously colour can be an important one, fish that develop vivid colours during the breeding season will often “lock in” on a colour which represents a “threat”. Red is also the colour of blood and gills, which is another potential trigger. Orange is another common one, fish can key in on it when feeding on eggs or spawning shrimp. Just like the ultra red wooden stickleback discussed earlier, we can hack that system to catch fish, by using more or deeper/flouro colours than would be natural. The classic blue water lure the “redhead” does just that, it hacks the fishes instincts, something that has helped it become and icon. Flash, big eyes, movement, over the top lateral lines, erratic retrieves to mimic wounded baitfish and vibration are other “super stimuli” that we often use to help us catch more fish, I’m sure there are many others. So while “supernormal stimuli” or “bite triggers” or whatever you want to call them are as old as fishing with artificials itself, by understanding the concept, we can hopefully refine our lure and fly choice for different situations, or at the very least understand why some of our most outlandish retrieves, lures and flys work. We can also potentially develop a better understanding of why in heavily pressured estuaries, “old” lures often start to become less effective while “new” lures often clean up, the idea being that the fish have “learnt” to ignore one trigger that they once found irresistible but as yet haven’t “learnt” to ignore the new “trigger”. Often in those situations “bite triggers” are still useful, they just have to be toned down, for example smaller hot spots or more natural colours. It may not be a huge step, but at least in my opinion the more you know, the more you understand something the better your chances of success on the water.

Until next time, good luck

1 thought on “Niko Tinbergen, supernormal stimuli and what we can learn as fishermen…”