I am not much of a fly tier. I haven’t been tying my own flies for all that long, so thats not a surprise. I’m slowly improving and I can at least catch fish on flies I’ve tied myself which is enormously gratifying. While they aren’t yet pieces of art, maybe one day I’ll get there…

However, in the spirit of the new year, learning new skills and new fishing techniques, despite my lowly abilities as a tier, I am going to post my first fly recipe. We are starting simple here people. This is probably one of the easiest flies in the world to tie, so its not going to test even modest fly tiers. Its also a fly for the humble garfish, which I think is quite fitting. So without further ado, here is my recipe for my current “go to” garfish fly.

Ingredients: A hook (size 12-16), white foam, something red or pink for the tail (rabbit, marabou, wool, whatever is at hand), dubbing (I like flashy dubbing but I like bling, it works equally as well with just white dubbing)…

Step one- tie in the tail 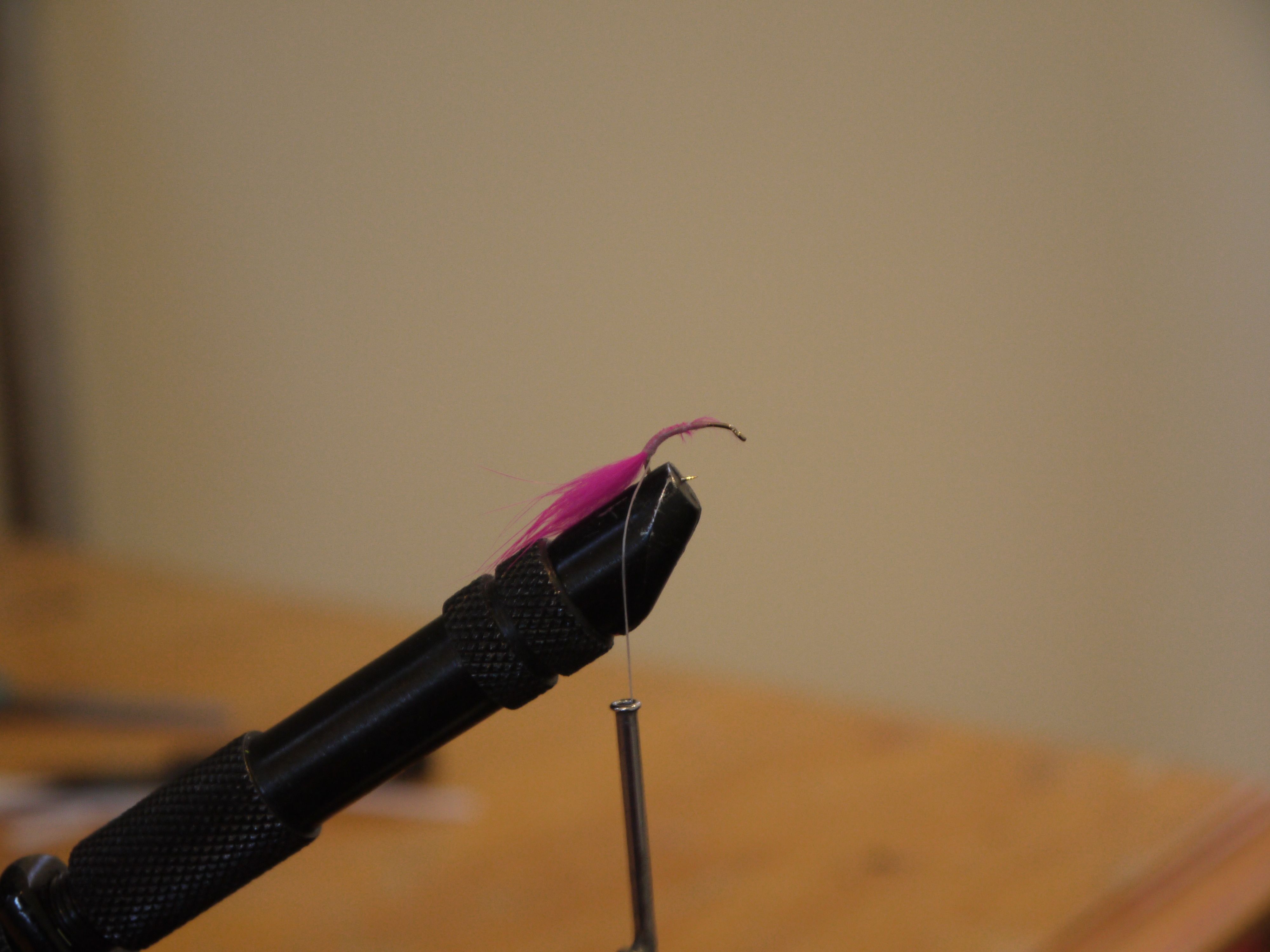 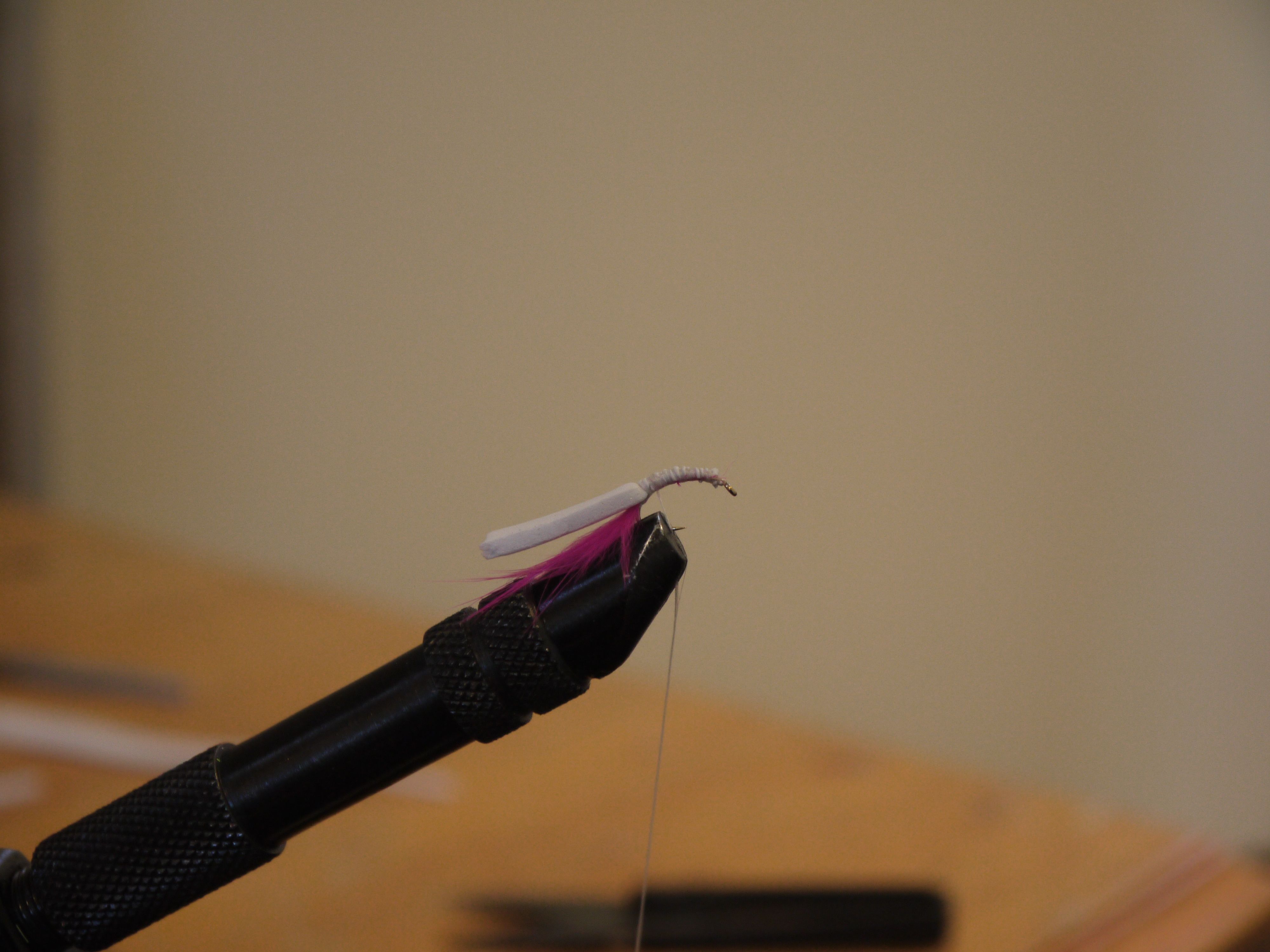 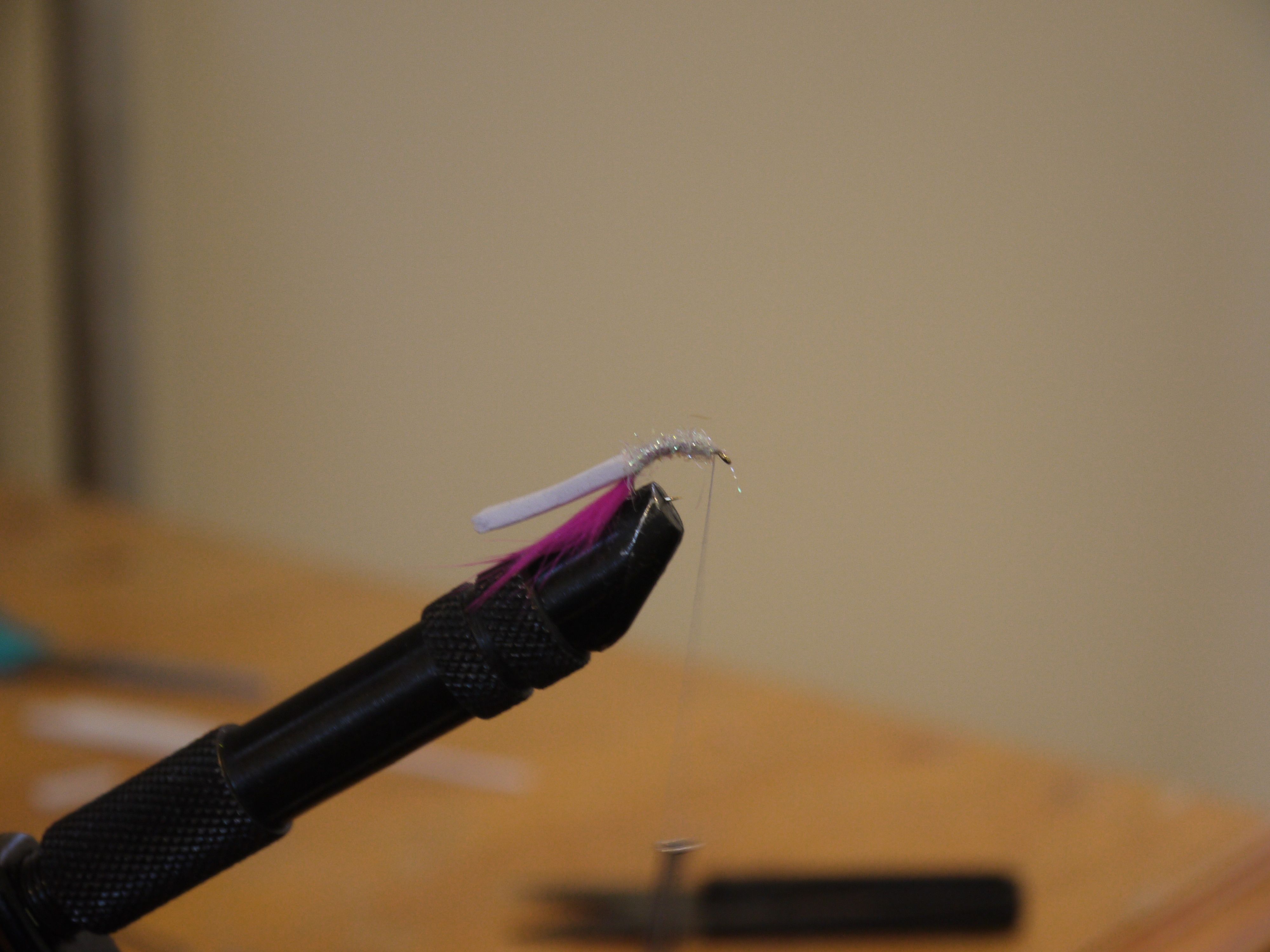 Step 4: fold the foam and tie it down, whip finish. 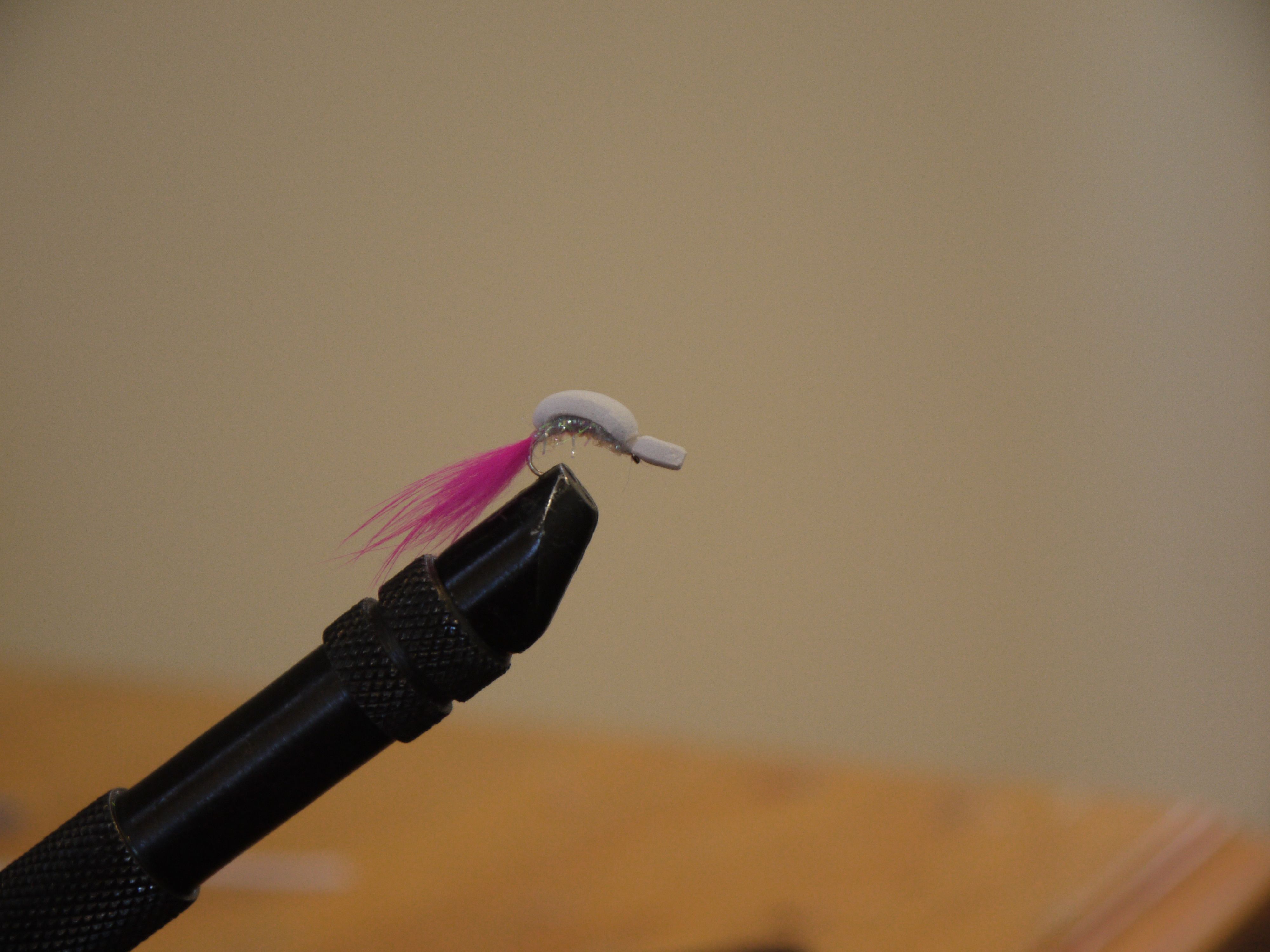 There it is. A simple fly, designed to catch a humble target. Its best fished in a light berley trail with a very slow strip, with the odd small faster jerk thrown in. Hook up rates are far better if you can get the garfish following and taking the fly from behind. This fly will also catch multitudes of mullet.

While garfish are near the bottom of most peoples lists in terms of desirability as angling targets, they are absolutely delicious, so I always carry around a few of these when I’m wading the flats. This fly has been the dinner catcher on more than a few occasions after I have failed to catch what I was originally targeting and needed to rustle up dinner quickly.

Thanks for reading and I’ll bring you some slightly more ambitious fly recipes as the year progresses.