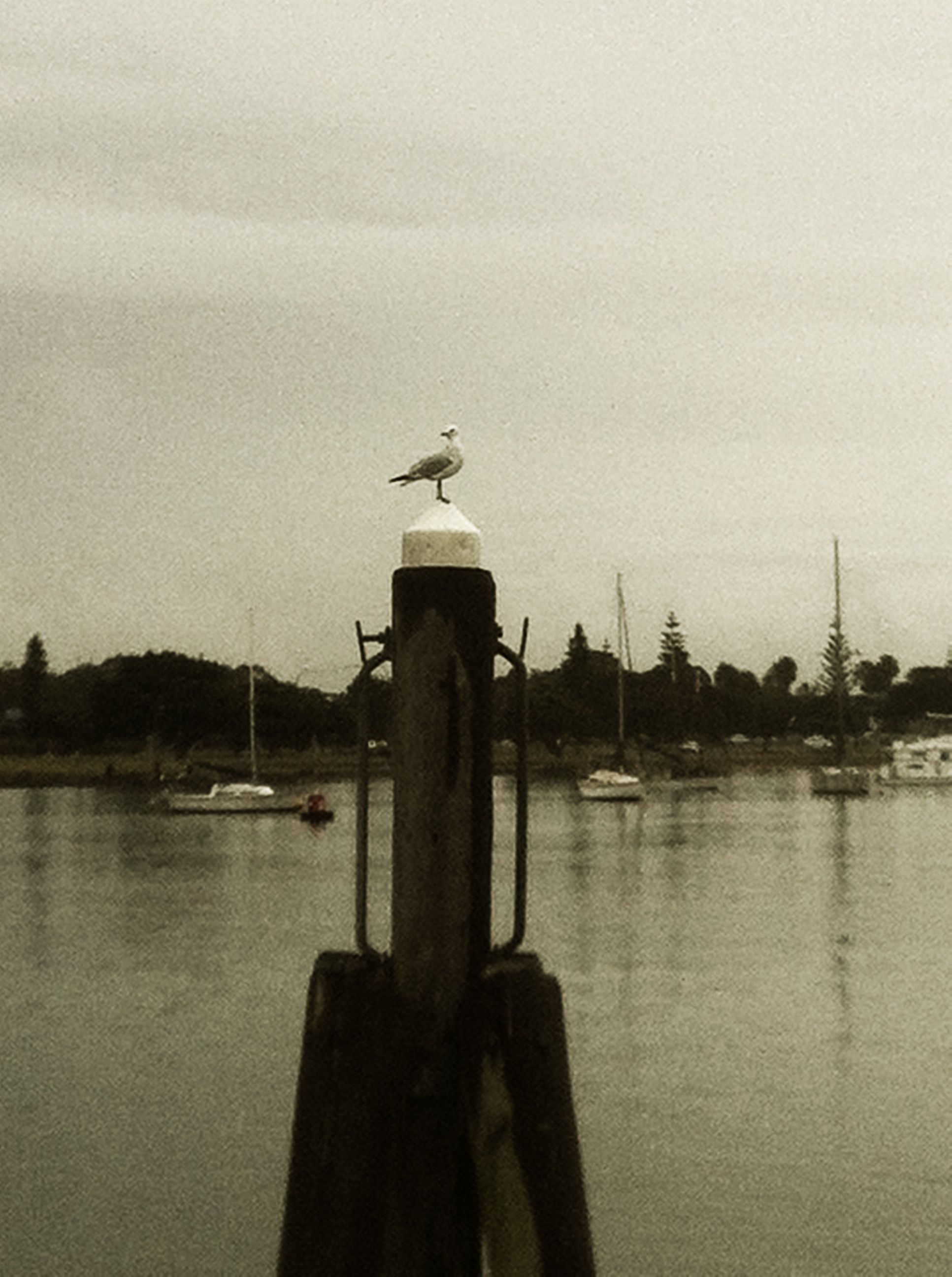 I’ve been away on a field trip for work for a couple of weeks, so haven’t been doing much fishing. In any case on the way back home, drving from Ballina to Canberra we had a night long pit stop at Port Macquarie. After arriving I went for a little walk along the waterfront a couple of hours before dusk. I arrived at a little wharf and went to have a look at what I was missing out on given I didn’t have any fishing gear with me. I got a couple of meters onto the wharf before seeing fish. Lots of fish. In the shallows, most only a few meters from the shore, lots of big sea mullet were individually feeding amongst the weed beds. A school of small 2 cm long baitfish was also seeking shelter under the wharf. So I just stood there and watched. A few minutes in, a school of 50cm plus long tom came in and started smashing up the bait school. Over the course of the next half hour, they would come and go once every five or so minutes although nobody started fishing for them (I was cursing I didn’t have any fly gear with me). Ten minutes in, a big school of luderick also moved in just in front of me, feeding on what appeared to be weed and other bits and pieces that was being washed in by the tide into my little corner. Frustrated at how much action there was and not having any fishing gear, I started messaging Lee telling him what was going on . While I was standing watching at the very beginning of the wharf, eight fishermen were fishing off the front of the wharf casting out into the channel. In the twenty minutes I’d been there, they had caught one small yellowtail between them, oblivious to all this action that was happening behind them. In any case, Lee asked for a picture. Only having my iphone I started trying to get a picture of the fish. Taking pictures of fish through water with an iphone turned out to be a big ask… I was leaning over the jetty hanging off it trying to get a decent shot. I never succeeded, but the sight of a bearded guy hanging over the edge of the wharf with his phone attracted the attention of a 10-12 year old kid who came over to have a look. He saw what was going on in the little corner, went back to his bag, put on a float and a peeled prawn and joined me. Within five minutes of joining me in my corner he had landed two nice luderick. This caught the attention of the other fishermen at the wharf and over the next five minutes four more joined me in the corner, my little exploits trying to get a photo for Lee had now indirectly moved more than half the fishermen on the wharf. As they were moving over a school of bream also moved into the corner to join in on the fun. There were now six people standing in my little corner and it was a now bit overcrowded, so I decided to leave, I’d had my fun and was getting increasingly frustrated I didn’t have any fishing gear! As I was leaving, two more lucerick and a couple of bream were landed and there was a triple hook up as I wandered wistfully away. What could have been.

The moral of the story. Wharves and jetties are great fish holding structures. The reason they are such great places to fish, is the structures themselves. When fishing them, don’t forget to check what’s going on under your feet, casting out into from the wharf is often the worst option. Under the wharf is often where the best fishing is. I’m planning on writing up a proper guide on fishing wharves, jetties and breakwalls for our basics series, but this was a nice little story that covers a lot of what I will talk about.