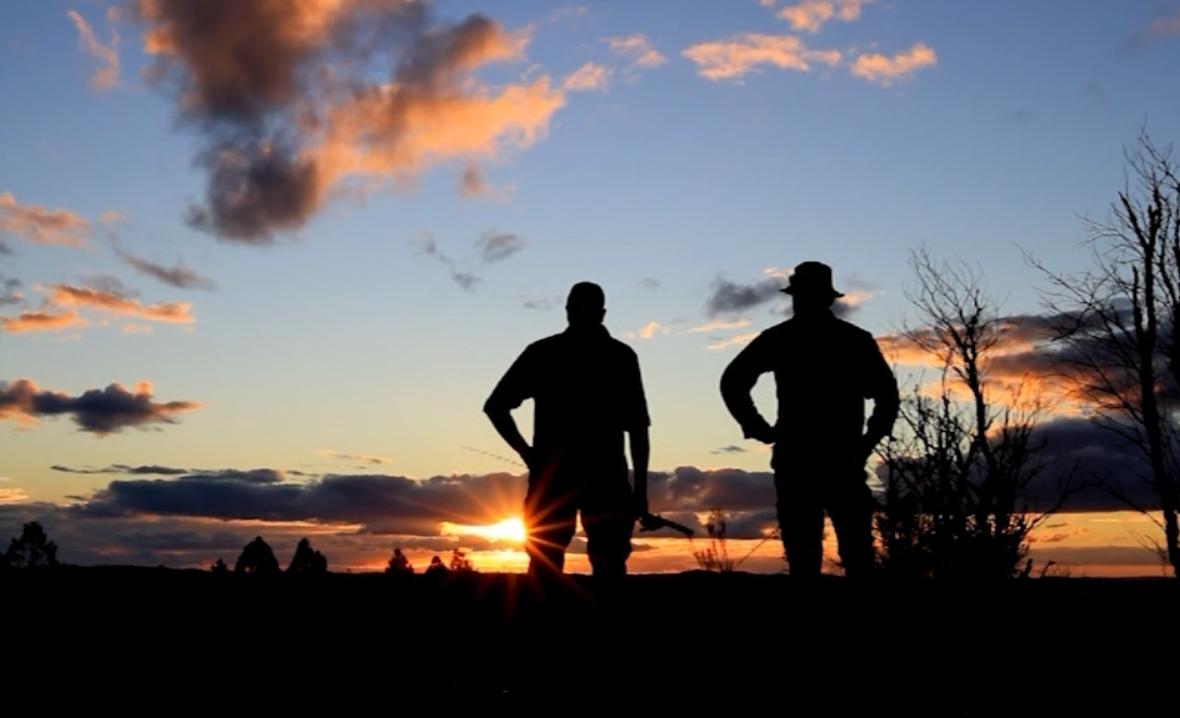 A few weeks ago I was away for work and found myself at a motel in a small town in Central West NSW.  It had been a really long day so I was pretty keen to rehydrate at the motel bar.  As I ordered a cold drink I started chatting with the bloke sitting next to me. What started as polite chit chat; what brings you here? What do you do for a crust? Eventually ended around two and a half hours later, when exhaustion finally got the better of me. I was pretty well hydrated by then too!

It was when the conversation got past work and onto a love of the Australian bush, the plants, animals and rivers, that we realised we had a bit more in common than simply being in the same place at the same time. And then of course came the ‘F’ word. We shared a passion for fishing. But not just any style of fishing. A particularly active form of fishing, hiking through bush, wading up rivers and exploring estuaries.

The bloke’s name was Jamie, and together with his mate Josh, have filmed and produced two fishing DVDs. After hearing a few of his stories about fishing for Murray Cod in the gorge country, I couldn’t wait to get my hands on their latest DVD, “The Magic Hour”.  Fortunately I didn’t have to wait long!

The magic hour is a great watch for anyone who is into their freshwater fishing for native fish. It focuses on incredibly visual and heart-stopping surface lure fishing for Murray Cod. If, like me, you thought surface fishing for cod was restricted to night sessions under a full moon, you’ll be glad to know there are many more opportunities than this to target the green monsters on surface lures.

The magic hour refers to the hour before dusk, as the shadows from the surrounding gorges, rocks and trees settle on the water, and the fish start to actively hunt their prey. Mind you, the “magic hour” could have just as easily been referring to the DVD itself. The running time is a bit over an hour and has some of the best time-lapse, underwater, scenery shots and other cinematic mastery of any fishing DVD I’ve seen.

The guys hike deep into forgotten gorges to stalk Murray Cod on a range of surface plastic, metal and wooden lures. It doesn’t take long before you get to see the first surface boof. A feisty little cod smashing a lure as it was paddled across a calm pool. To prove the technique is no fluke, they don’t catch just one or two fish on surface lures, but 19 (but who’s counting!). On each occasion fish can boof the lure two or three times until they hook up.

The fishing is broken up with shots of the landscape they are in, amazing gorge country, apparently untouched by man. The hiking and climbing required to get into that landscape are well captured using footage from a Go-Pro camera. Shots of kangaroos, deer and even platypus are a reminder that they aren’t the only ones there.

Aaah yes, a necessary evil in today’s commercial fishing world. Remember IFISH on TV? Remember IFISH before it was only 5 minutes of fishing, with 15 minutes of product endorsements and 10 minutes of ads? To their credit Josh & Jamie keep the product placement to a very reasonable level, instead choosing to give each sponsor a chapter at the end of the DVD. The exception is probably the lures, but I for one didn’t mind. Not having done much surface fishing for Murray Cod the array of propellers, skirts and coat-hanger wire that make up today’s surface lure was fascinating.

These boys promote catch and release. But more than this, they handle the fish with the utmost of care: single hooks, no nets and always keeping the belly supported. The screen grab below shows the lengths they are willing to go to to keep the fish in good condition for a prompt release.

For those times when the fish can’t be tempted on surface lures, there are sections of fishing using soft plastics, buzz baits and spinnerbaits. There aren’t any REALLY big fish, like over a metre, but hey, who cares! This beauty was an estimated 14kgs, and that’s a good fish in anyone’s language.

Let’s be honest. As a consumer we don’t really want to pay our hard earned just to watch someone else catch fish. We want to learn HOW they catch the fish. Where to cast? What speed to retrieve? What time of day? As a relative newcomer to this style of fishing I would feel fairly confident of putting my lure in the right place at the right time to catch a fish after watching this. Like always, anglers will be rewarded for accurate casting, “matching the hatch” and travelling the extra mile to areas less fished.

Josh and Jamie write a regular column for “The Land” newspaper as well as filming and producing DVDs available on their website www.joshandjamiefishing.com.au

A few days fishing on the Murrumbidgee

What is the future of the Howqua river?