So you’re a slimy mackerel. You are cruising along, sucking in the ocean and nibbling weed off the rocks. You snavel a chunk of food as it passes by and unknowingly ingest a parasite. This parasite is different though. It doesn’t seek refuge in your gut, shelter under a scale or grapple you with its suckers to hitch a free ride. This little beast eats your tongue!

Aptly named, these freaky characters are called ‘tongue biters’ – imaginative name really for something that bites onto tongues. Anyway, the people that do these complicated things have provided the tongue biter parasite with the mandatory hard to remember scientific name of Cymothoa exigua.

So to the gory details:

–          The best bit is obviously the tongue biting aspect. Once in your mouth the first task is to hook its claws into your tongue and start chewing away. Once the tongue has been reduced to a stump the parasite gets a good grip and becomes your new tongue. Now there’s something awesome about that for ingenuity. Firstly, the parasite can continue to sap off its host, and second, it also gets first chomp of anything the fish tries to swallow.

–          These guys aren’t small. I’ve seen them grow up to around 4cm long and 1cm wide. That’s a chunky parasite and I’ve even used them as bait to catch slimy mackerel and yakkas who obviously don’t know better.

–          Even their reproductive habits are creepy. I haven’t found any research on this but I’m sure they give birth to live young. I know because I found one with a bulging belly, put on my taxidermy hat and dissected it. It vomited out at least fifty live young, their black eyes peering out of the slithering mess. They were moving and I felt sick.

# Here’s an update: no need to research the live young factor, I have proof! check this out…

It seems that almost every yakka, slimy mackerel or trevally I catch on the coast around Jervis Bay has a tongue biter or two (hence the reason I don’t feel bad using them for bait). I’d be interested to know if people have found them in other species as well. The first with a new species gets a tongue biter in the mail.

There is a happy ending though – these guys don’t regard humans as potential victims. If they did, I’d be staying at home on Friday nights!

On that note, here’s a funny cartoon about what would happen if we were suseptable to the odd tounge biter invasion.

Happy fishing folks, and keep those mouths closed when you sleep…

PS – I must thank the Museum of South Australia in Radelaide for properly introducing me to this little critter who I have been meeting for years. Anyone who is into all things aquatic should drop into the museum if you get a chance. It’s super.

PPS – sorry to subscribers who received a blank email on that last version. WordPress obviously decided it wasn’t worth reading and removed all text. 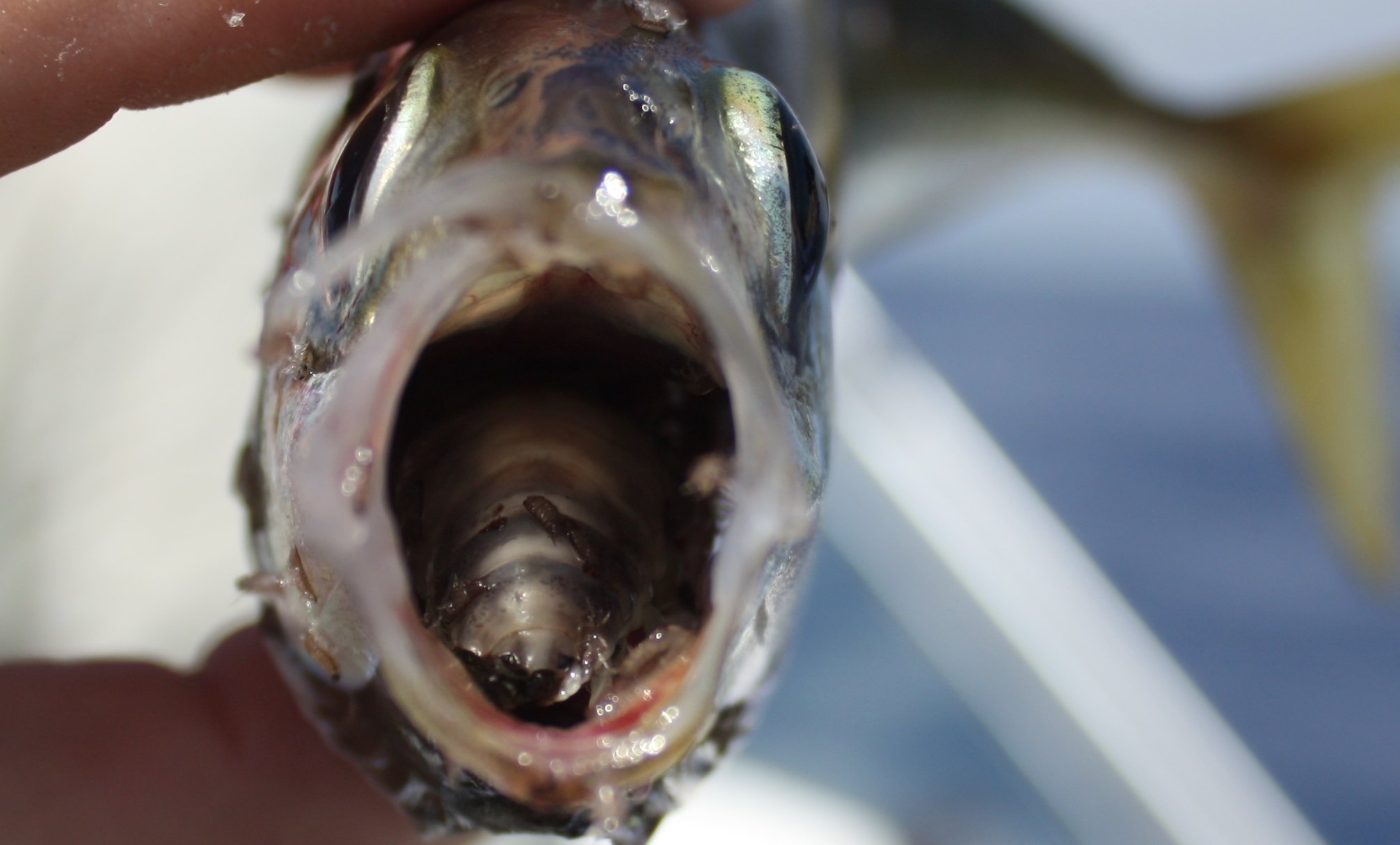 Fatherhood, fishing and a new appreciation of non-fishing day trips.

12 thoughts on “Parasite got your tounge?”