I visited my parents in Eden this week to drop off their car, which I had borrowed and managed to sneak in a bit of a fish. First up on the menu was fly fishing for Mullet in the little estuary right in the middle of Eden. I started late and only fished for half an hour, till the wind blew up and the waves lapping at my legs started to put the life of my iphone, which I stupidly had in my pocket in danger… In any case, it was a fun little session, the sun was shining brightly making the fish a little timid, but to an extent that worked in my favour. I had set up a berley trail of floating bread pieces and being a bit lazy to start out, they were all pretty big, much larger than my fly which probably wasn’t ideal… While sometimes when mullet fishing, pieces of bread get taken from the trail at great pace, the fish were very reluctant to come up and take the bread off the surface. You could see them sitting under the bread in the 2ft water, waiting for the bread to sink, but very few were game to actually head surface side to eat it. What worked in my favour, was that the big bread bits were attracting them, but their timidity meant they were far more likely to go up and grab the small bits of bread, which meant my fly was hit far more regularly than most of the other pieces of bread in the trail, through accident and not design. In the end, I landed two 35 cm ish mullet in an hour and lost another two, which I didn’t think was too bad for a very very amateur fly fisherman who can barely cast to save himself. This style of fishing will definitely be getting a bit of a work out in the future, its a lot of fun.

I learnt one other lesson during that session, fly fishing can be a dangerous sport for the beginner. My casting is pretty shocking and while its getting better (stiff wrists, even power back and forth etc etc), its by no means perfect as this is only the second time I’ve actually attempted it. Throw in a 10 knot wind and an amateur going for his first cast of the day, before starting to dial in the action and the result can be a hook firmly embedded in the face. While I had been planning to push down all my barbs I hadn’t leaving me, not one cast into my trip with a dilemma. Get the thing out properly or treat myself as I would a fish and simply pull the thing out. Not wanting to dick around with doing things properly and ruin my outing I opted for option B. I pulled the thing straight while standing knee deep in water and proceeded to promptly cast out again, far more carefully, wondering how much damage I might have done as the blood dripped down my chin and into the water. As it turns out, not much, it just looks like a pimple now. The lesson to be learned is, if you are starting out fly fishing and dont want to get hurt and have no idea what you are doing, I suggest practicing a bit before you hit the water. However, if you don’t mind the odd scar, do as I do and jump straight in 🙂

The next morning was a casual start as we were fitting in a boat trip in around Dad’s work commitments for the day. In any case, we got out on the water by about 9 and were off Mowarry jigging away happily soon after. There were some kingfish there but generally the sounder didn’t look ideal. The water was 14 degrees and there was no current, so the likelihood of the kings turning on was pretty low and we didn’t have high hopes. In the time we spent jigging we went over one school of bait that looked perfect, borken up, arches in amongst it. I called it as it came up on the sounder screen “Get ready dad, this could be it”, a few seconds later and my rod loads up, the drag clicks over and then it goes slack, I jig up to the top, and down again and again, but that was to be the only bit of action for the day. Oh so close.

After giving up on the kingfish, we went to do a bit of bottom bouncing. We tried a few flathead marks, to no avail, lots of small fish up to about 25 cm but not one legal fish. Next up was a few reef and gravel marks. The fishing wasn’t hot by any means but we managed to bring home dinner and I managed to spike myself with a rock cod to top off a fishing trip of silly little yet painful injuries… While the fishing was slow, it was a true lucky dip, one of the things I really enjoy about bottom bouncing… Our first six keepers were all different species, Morwong, Sweep, Snapper, Pigfish, Nannygai, Rock cod and then another Snapper, ruining the run of different species. After getting enough for dinner while watching the whales cruise past as we bobbed around, it was time to get dad back to work. I dropped him off and then went for a bit of a solo fish, without much success, aiming to berley up and catch slimies on fly at the wood chip mill wharf and mullet in the Kiah inlet. A few hours later it was time to get home and start preparing dinner, deep fried snapper, with a sauce of fish sauce, lime juice, sesame oil, garlic, ginger, chilli, lemongrass and palm sugar, served with lemon grass rice. Simple but surprisingly good. The next morning it was time to return to Melbourne and the big smoke.

Thanks for reading and good luck on the water 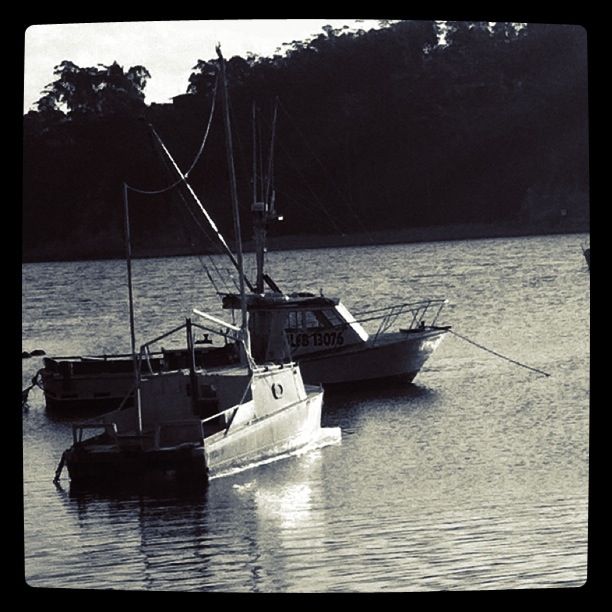