Lure fishing can be tough, especially when you are starting out. I remember my first forays into lure fishing as a kid, which were often hard work. It took many many years to finally be able to catch fish on lures consistently. What had got me hooked on it and what made me persist through all those learning years was my first successful lure fishing experience. I was about six years old, fishing for salmon off the rocks with my dad and one of his best mates. It was late autumn and there were schools of salmon sitting off Baycliff (a rock platform at the mouth of Wonboyn lake) the entire day. Back in those days dad was new to fishing and salted pilchards soaked in tuna oil, on a paternoster rig was his weapon of choice. He barely if ever deviated from that tried and true method. It is what had worked for him and what he knew so he continued to do it. On this day, the fishing was amazing and as a six year old, my attention span and interest probably wasn’t what it is now, so after catching five or six fish, I had retired and was making fires, gutting fish and playing with their eyeballs and hearts and generally keeping myself entertained while dad and his friend fished.

While I was there, another group of fishermen came to the rock and started throwing around metal slugs and doing really well. This caught my interest and I set about making my own “lure”. Now back in those days dad didn’t carry lures, so it wasn’t as simple as tying on a lure and casting it out. So I made do with what I had with me, which happened to be the lego dad had brought along for me to play with when I got bored. So, I got one of the lego men, tied line around it and a hook hanging off the back end and tied it to my little blue K-mart fishing outfit. The first attempt was a dismal failure, the lego man wasn’t heavy enough and I couldn’t cast it far enough. So back to the drawing board. Sinkers! I now had a few ball sinkers running down to a lego man with a hook trailing from the end. It worked! First cast I was on and dad was laughing his head off as he jumped down to the platform below to land my first lure caught fish. I then proceeded to catch three or more fish on what to this day is still probably the strangest lure I have ever used successfully. From that day, I was hooked on lure fishing.

However, it wasn’t all smooth sailing from there. While my first attempt had been a huge success, my later attempts weren’t always so successful. I had got dad to buy me a small selection of lures, which whenever we went fishing I would tie on and persist with for hours and hours on end at times with no success while dad hauled in fish after fish. At times I’d get dejected and move back to bait for a few trips before the bug would bite again and I’d pull out the lures. At times I would think the reason I wasn’t being successful was that I didn’t have the latest hot lure and if I got dad to buy it for me I would be successful. It took years before I was consistently catching fish, mostly salmon and flathead, on lures. Once I had started to have success it also changed dad’s approach to fishing. While he still loved bait, over those years he started to experiment more, first running sinkers then unweighted slowly retrieved gangs of pilchards, which were to be the mainstay of his salmon fishing repertoire for years to come. In the estuaries, he started using plastics and was soon a convert. My experiments had made him think more about how he was approaching his fishing and how he could be more successful. Now 20 years later, dad is almost a complete convert and almost exclusively uses lures. These days he heads out without bait on a lot of his fishing trips, proving even an old dog can learn new tricks. Lures, once perfected are not just more fun but in my opinion, in most places just as successful as bait.

I think part of the reason for that is that lure fishing forces you to think more about your presentation, retrieve and area your’re fishing. Of course these factors are important in all fishing, you will be far more successful in all form of fishing if you put time into thinking about how, where, with what and why  you are fishing there. Using lures or flies simply forces your hand a bit more, because unless you have thought these things through your unlikely to have much “luck”. As you start out lure fishing you soon learn that simply throwing lures anywhere is not a recipe for a very successful fishing trip. You learn to read structure and tides and focus your effort at the most likely times and in the most likely areas, be it drop offs, reefs, holes or weedbeds. You also learn to focus much more on your presentation. As time goes by you also start focusing less on exactly which lure you’re using and more on what you are trying to represent and how you are going to best achieve that. At times the difference between an amazing session and getting donuts is a subtle variation in the way you retrieve your lure, a change in colour or a downsizing of your lure or leader. What you learn in one environment is often applicable to many others. Generally the lighter and more finesse you go, the more hits you will get. This doesn’t always mean you will land more fish but you will definitely at least lose more fish :). As you learn you’ll also realise that the same lure fished differently can be like chalk and cheese, fished one way its dynamite, fished slightly differently and it’s avoided like the plague.

Working out the subtleties is something I don’t think you will ever learn from a magazine or article such as this one. You really need to be on the water fishing. The most you will get from reading about techniques is some ideas that you may not have thought about, different approaches to try and some helpful broad hints about how to approach your fishing to achieve the greatest success. Working out the more nuanced tweaks to technique comes through practice. Lots and lots of practice. At that point in the learning curve persistence can pay off big time! To illustrate the point I am going to regail with you with the story of my first whiting on popper. I was down at Wonboyn Lake with Lee and Graham in early September many moons ago. Over the winter I had read as much as a could about the new craze that was sweeping the south coast; whiting on poppers! I was determined to give it a go. I was determined to catch a fish. So the trip started. On the first day in the estuary, I threw on a popper and didn’t take it off. Over a four hour session wading the flats, I blooped, walked the dog, popped and flicked that little popper across the top of the water tirelessly. I tried everything I could think of. At first I wasn’t having a huge amount of success. My little popper was being ignored by all the whiting. As I refined my technique, I started to get a few fish tentatively following it. Hours later, I had the odd strike. Almost right at the end of the four hour session, bang, I was on. I may have been down five or six flathead and three or four trevally to both Lee and Graham, but I think that fish brought me more joy than all their fish could possibly have brought them. As I pulled my whiting onto the sand I was shouting with excitement! I’d done it. Ten minutes later I had number two. The next day, in an hour I had landed two more, one the biggest I have ever caught and will struggle to match (50cm, a true beast for the species). During that summer I learnt that I had really been battling against the odds. The water temperature had been 14 degrees on that September trip, and as summer progressed, I learnt they were far far easier to catch in warmer water. However, the lessons I learnt that day battling away hour upon hour are still with me: what retrieves to try, areas where you’re most likely to get a strike, how not to spook fish in shallow water. Persistence paid off and I learnt more in that session than any of the good sessions I’ve had catching whiting on poppers in south coast estuaries since…

So what do I want young fishermen to take away from this article? That how you approach your fishing matters. I think if you are going to keep improving, you need to challenge yourself, keep trying subtly different things, and keep honing your techniques. Like dad in his early days, staying with the tried and tested, isn’t always the best way to go. Almost all fishermen can improve their techniques and approaches. In fishing you should never stop learning.

In my opinion the biggest mistake young fishermen make when they are starting out is that they focus far too much on “the magic spot” or “the magic lure”. While these things may be important, what is more important is the larger picture. Is it really just the “Super Snapper Catcher” lure that is going to catch fish, or is it that the “Super Snapper Catcher” lure, is a 5 inch flickbait that fairly closely matches what the fish are feeding on? Will other lures, be it other soft plastics, jigs or hardbodies that closely represents that same baitfish and can be fished with a realistic action also do just as well? Is it actually the ‘magic spot’, or is it that the magic spot has a creek that joins a major river, a bank and a great drop off, all structure that attracts fish? Focusing on the broader patterns rather than getting caught in the detail makes you a better fisherman. It allows you to take what you learn in one environment and transfer it to another. Instead of simply having one spot, you learn to read broader patterns that you can apply to many different species and environments. Focusing on the how (action, size, speed of retrieve, colour, leader size, and sink rate for example) and the why (structure, tide flow, time and why an area holds fish) are far more important than the what (it’s an ecogear VX35) and the where (the GPS marks to a “secret spot”). If you focus on the big picture and continue challenging yourself, in the long run you will learn more, catch more fish and over time become a far better fisherman. 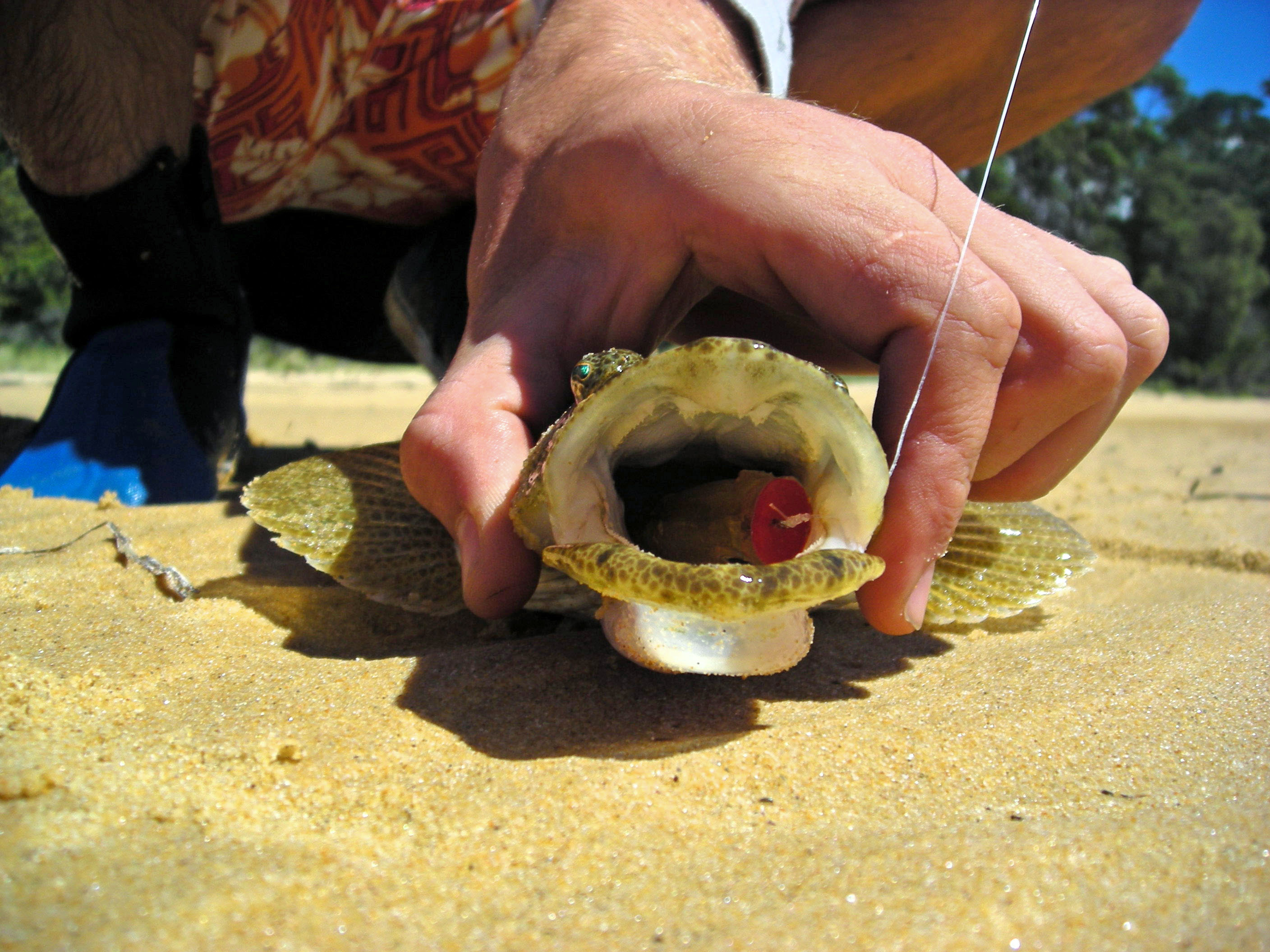 1 thought on “Reflections on lure fishing, a philosophical guide for beginners”