I’m in Eden looking after my parents dogs. Haven’t had much time to go fishing, but did manage to get out for a few hours on Saturday. The forecast was for 25-35 knot winds in the morning, so it was a very relaxed start. At about 9 when we realized the winds weren’t going to be that strong, me, dad and a friend of Dads that was staying set up the boat and headed out for a fish.

We motored out to Mowarry and set up for a bit of a jig. About five minutes later we had a double hook up on the kings, both fish coming in between 80 and 90 cm. This continued for the next half hour or so, with double hook ups regular. I soon set up a snapper outfit with plastics and started using that and let the other two jig away. A few triple hook ups followed. The fishing was HOT. I got a PB on the snapper gear, with one fish coming in at 95 to the tail (85 to the fork so not a PB overall). After landing about ten fish (all between 80 and 95 cm to the tail, with a couple kept for dinner) and losing a number more to pulled hooks and a couple to the reef in under and hour we decided to call it a day after a small landing mishap that resulted in a broken rod.  The fish were still biting like crazy, but we had had our fun and the weather was deteriorating.

We headed into Twofold bay and went to have a look at the Kiah. The Towamba was in flood during the week and has opened up a second mouth at the Kiah inlet. The whole bay is strewn with trees, dead cows, horses, womabat and other debris, making for very slow boating given the very real risk of hitting something… The beaches in the bay are an amazing site, in some places there is almost no sand in sight, just a mess of trees and sticks!

In any case, it was a very enjoyable little outing and after hitting the water at about 10 we were home by 1230 and a civilized lunch of Kingfish sashimi, smoked mussels and a couple of glasses of wine! The way fishing should be. 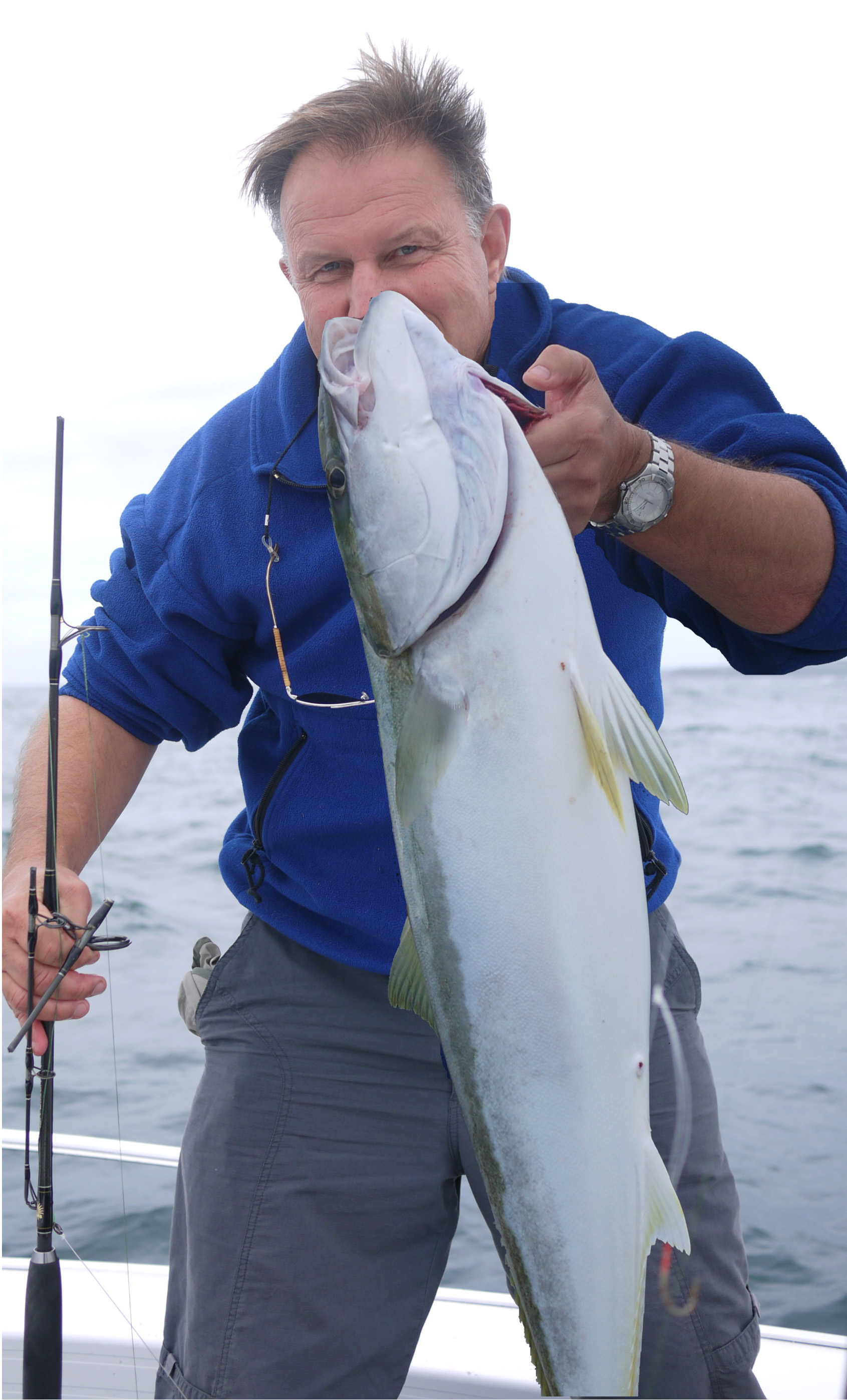